The value of basic skills in the British labour market: Research report 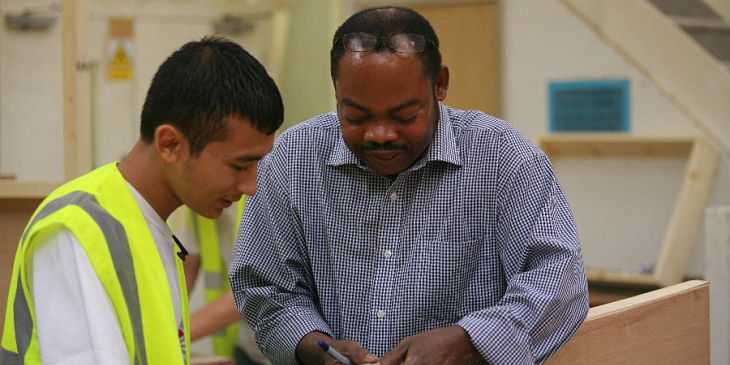 In his influential report on basic skills issues in the late 1990s, Moser (DfEE 1999) suggested that approximately 20 per cent of adults in England had severe literacy difficulties, whilst around 40 per cent had some numeracy problems. The situation has improved somewhat in literacy for younger workers. We find that 8 per cent of 34-year-olds had severe literacy difficulties in 2004. Of course having poor literacy and/or numeracy is potentially a great impediment to one’s personal well-being. Having low skills may also have economic implications. One way to explore this issue is to consider the economic value of these basic skills in the labour market. This report assesses whether individuals who are more numerate and literate earn significantly more than otherwise very similar individuals who have poorer basic skills.

It finds that literacy and numeracy continue to be highly valued in the labour market. Specifically, literacy and numeracy skills retained their high value in the UK labour market over the period 1995 to 2004, despite numerous policy attempts to increase the supply of these skills during this period. In other words, although the population has got somewhat more skilled, in terms of literacy, the value of both literacy and numeracy remained high because the demand for such skills remained strong. It also finds that having better basic skills improves a worker’s chances of being in employment. Specifically, for women, higher levels of literacy are associated with a higher probability of being in employment, whilst men with higher levels of numeracy have significantly higher employment rates.

These findings imply that literacy and numeracy skills are still very much valued in today’s UK labour market. Even if there have been substantial gains in the skills of the UK workforce over the last decade, it appears this has not been sufficient to reduce the price paid for these skills by employers. These results imply that continued efforts to improve the skills of the UK workforce are needed, and that investment in initiatives that genuinely do improve individuals’ basic skills are likely to yield relatively high wage (and potentially employment) returns.

Vignoles, A., Coulon, A. & Marcenaro-Gutierrez, O. (2008) The value of basic skills in the British labour market. Research report NRDC London

« The three divides: The digital divide and its relation to basic skills and employment in Portland, USA and London, England
Learners’ experience of work »