Skills levels of prisoners in England – My Day ‘Inside’ 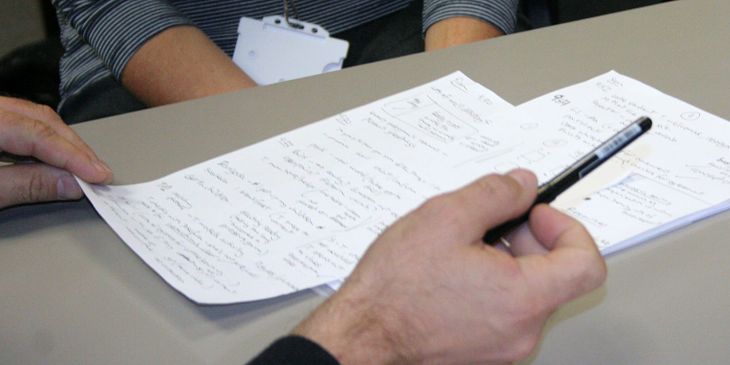 I spent a great day ‘inside’ last week – inside HMP Nottingham and YOI Glen Parva. I went to see how they were getting on with giving every prisoner an assessment test of their English and maths skills at the very start of their sentence. I met some very experienced teachers who were confident in what they were doing and positive about the results. At Nottingham they spend a morning telling the new prisoners about the education programme, the educational support they can get if they have learning difficulties and then give them their English and maths assessments online. Prisoners are encouraged to gain a level 1 as they have more employment options that way, an incentive that helps make them try their best during the test.

Half of the young offenders who come to Glen Parva will stay for less than three months, and I assumed that was not enough time for them to do a meaningful qualification. But I was wrong! The education team there get them through a complete Functional Skill in around six weeks, meaning that many go out with a new qualification even in such a short time.

I have only managed to collect quite a small amount of data so far, but I am seeing signs that the education levels of prisoners is nothing like as bad as the popular press might tell us. While those with level 2 English or maths (equivalent to GCSE Grade C or higher) is clearly lower than the general population, most prisoners, in these prisons at least, have skills of level 1, sufficient for most jobs. The numbers with very low skills seem only marginally greater than those on the outside.

Using sensible incentives the education staff at these prisons are showing that even in the limited time and difficult circumstances available they are having an impact on prisoners’ lives and sending them out with much better English and maths skills than when they arrived – and a certificate to prove it!

Brian Creese is a researcher at University College London’s Institute of Education, seeking to understand the skills levels of prisoners in England.

« Learning from the Roma: sometimes communities themselves can tell us more than statistics
ELINET guiding principles for the use of terminology in adult literacy »